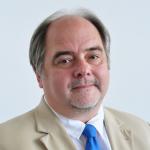 “We’re living through the most challenging and exciting times in Europe and in our own field” – EDEN President Professor Antonio Teixeira wrote in his introduction to the volume published in 2016, on the occasion of the 25th Anniversary Year of EDEN and continued: “I believe EDEN is well prepared to support our community in exploring the emerging opportunities. Most surely, the best of EDEN is yet to come”.

EDEN’s Founding President Erling Ljosa wrote in the volume about distance education in the 70’s:
“… A range of new technologies were introduced, and all of them had proponents with prophecies of paradigm shifts and the extinction of earlier forms”. Not so much has changed. For EDEN the question remains: What do we offer to our members? How do we attract the knowledgeable people to join our community as members like more sustained affiliation, or as conference delegates for special, highlighted occasions, maybe partners in research, development, networking projects and as partners in a well identified activity? Besides the hard work, we can rely on the organization as asset, the joint activity as a joy and intellectual excitement, with momentum and diversity.

We definitely can be proud of EDEN for having safeguarded and developed the European dimension in our field. As Professor Alan Tait said in 2016: “The most surprising thing was how quickly respect and affection developed out of new acquaintance across groups of professionals who had never come together before. Europe in all its delightful variety seemed to have a culture in common. Meanwhile, a clear EDEN effort has been meanwhile, to bring ICT and learning closer to the millennial generation.

“Never Waste a Crisis” – was the title of the EDEN2009 Open Classroom Conference (with slight paraphrase of the bon mot from Winston Churchill “Never Let A Good Crisis Go To Waste”) – which may sound cynical in 2021, meanwhile a harsh call for the professionals working in the frontline of modernization and very directly addressed by the challenges of pandemic in education.

Not simply nostalgy, but let me recommend the wealth of wise thoughts which can be read in the reflections of the EDEN Past-Presidents written for the 25th Anniversary.

EDEN in the difficult times as well looks fresh, energetic and full of ambitious ideas. We can try to combine past and future with the experience and power to look for and identify the sense of things in the transforming learning environments. EDEN President Sandra Kucina wrote in her blog post last December: “Our work continues in further positioning EDEN for the future, and we have also been working on EDEN’s strategic planning for the next decade”.

Let’s kick off the 30th Anniversary year with this hope and ambition.